The National St. Patrick’s Festival returns to Dublin this month, from March 16-20th, after a two year hiatus.

CONNECTIONS/NAISC is the theme of this year's spectacular global celebration.

St. Patrick's Festival invites Ireland and the world to reconnect in Dublin in a global celebration of Irish Arts, Culture and Heritage. 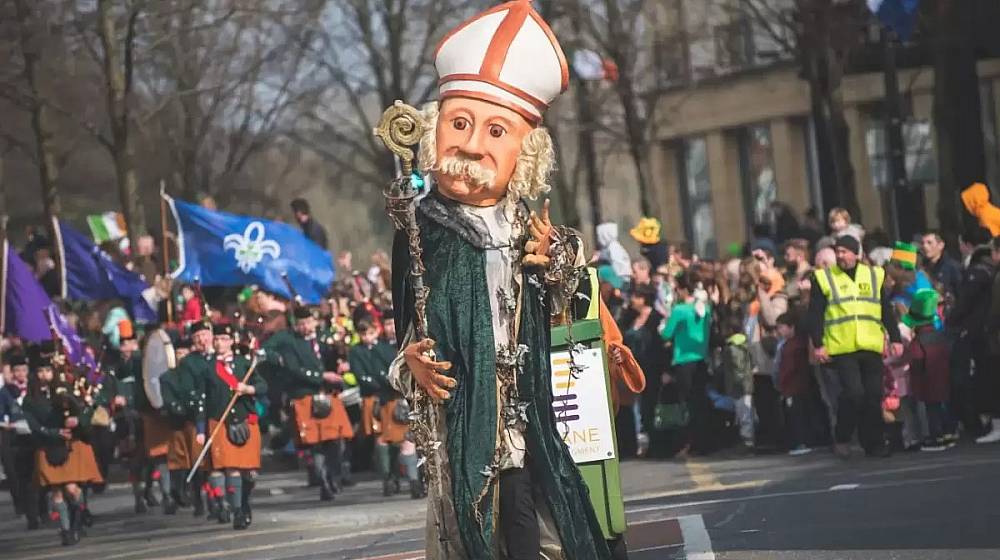 The National St. Patrick’s Festival returns to Dublin this month, from March 16-20th, after a two year hiatus.

CONNECTIONS/NAISC is the theme of this year's spectacular global celebration.

St. Patrick's Festival invites Ireland and the world to reconnect in Dublin in a global celebration of Irish Arts, Culture and Heritage.

The iconic National St Patrick’s Day Parade returns to the streets of Dublin on 17, March and new for 2022 is Festival Quarter at the National Museum of Ireland, Collins Barracks which will be home to a magical day-to-night urban Festival for all, from March 16-20.

Through contemporary and traditional Irish arts, events, culture and heritage, the Festival will connect families, friends and communities across Ireland, after the unparalleled challenges of recent years. Family fun and community spirit are integral to St Patrick’s Festival and this year there’s four days of family friendly adventures to enjoy.

Have a read on for some of our favourtie events taking place near Camden Court Hotel.

Winding its way through the streets of Dublin, from Parnell Square to the Cuffe Street / Kevin Street Junction, the national St. Patrick's Day Parade returns after a two year absence, delighting the hundreds and thousands who will gather.

Over the last six months, hundreds of Ireland’s most dynamic and innovative performers, musicians, designers, choreographers, pageant engineers, artists and makers have been working on delivering Ireland’s most ambitious street Parade ever, in creativity, scale, length and participant numbers.

The 2022 Parade will be a fresh, ambitious, bold new vision for both makers and audiences alike, with new pageant participants and bigger creative builds, featuring audience interaction and breathtaking new artistic elements, and a battalion of world-class marching bands.

No tickets are required for you to attend the St. Patrick's Day Parade. Simply pick a spot along the route and enjoy the spectacle and excitement! However, if you would like a seat at the Parade, there are a limited number of tickets available to purchase for Grandstand Seats. There are also some exclusive Hospitality Packages available for an unforgettable VIP Parade experience. See below for details and tickets. 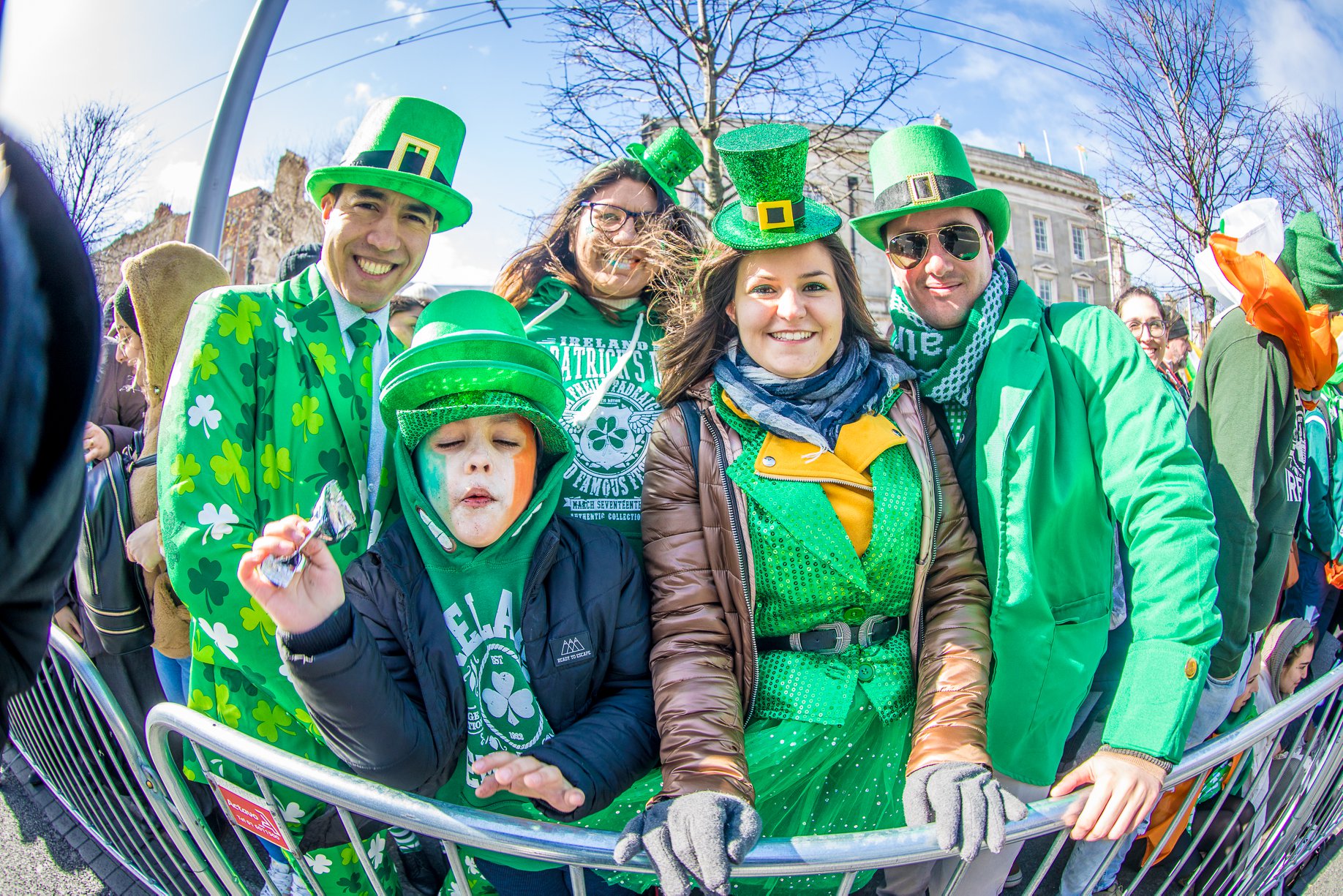 A magical urban daytime Festival for all ages to enjoy, in the heart of Dublin, from March 17 – 20, from 12pm to 6pm daily.
Family fun and community spirit are integral to St. Patrick’s Festival. We look forward to welcoming all to Festival Quarter Days at the National Museum of Ireland, Collins Barracks, Dublin, from Thursday March 17 to Sunday March 20, from 12pm to 6pm daily.

Enjoy four free days of family friendly frolics, from performance, theatre and giant games to Céilí Mór, music and play. Immerse in talks, film screenings, interactive games, circus and science shows. Enjoy the thrills and spills of circus, games and street theatre performances. Get into the true St. Patrick’s Day spirit with the return of the much loved Céilí Mór. Join the conversation with a selection of always engaging and often challenging talks and panels, as well as many live performances every day from rock, pop and hip hop to traditional, classical and more.

Connect and relax in the many comfortable seating areas in the Irish Food & Craft Village. Feast on contemporary and diverse Irish cooking from the cream of Ireland’s food truck community. Enjoy the sweet sounds of live entertainment and DJs from the Festival Quarter Bandstand. 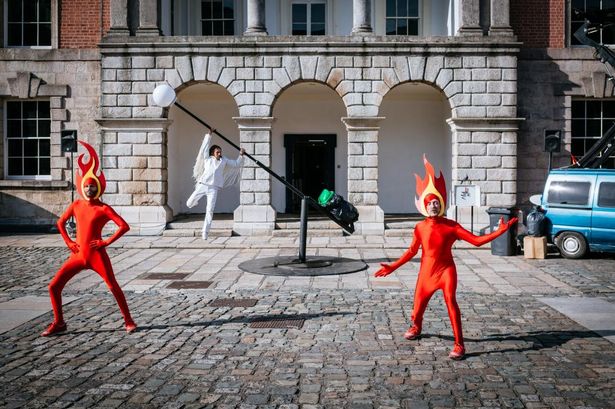 Tumble Circus is Ireland’s only non-traditional Big Top touring circus. We want to smash what you think Irish circus can be with a circus to activate people and inspire hope. Our vision of the world is one filled with joy and laughter, where people are inspired to push the boundaries of their own limits and follow their dreams.

On the 1st of April 1995 at about 2pm-ish on Grafton Street Tina Segner and Ken Fanning met and juggled with each other for the first time. That was how Tumble Circus started and it is now an international award winning circus company based in Belfast. The company has toured extensively throughout Ireland, Europe, the world and is run from caravans, hotel rooms and a Ford Transit van.

Ken Fanning is Ken Evil. Ken was raised in the grubby Dublin suburb town of Balbriggan. In 1995 he began traveling with his juggling equipment on the continent,meeting up with buskers, street performers and artists and becoming inspired with their work and way of life. In April of 1997 Ken met Tina Segner on Grafton Street in Dublin; they have been working together ever since.

Tina Segner is Tina Machina. Tina was brought up in the picturesque university town of Lund, Sweden. One day she and her friend agreed that Lund was too small for people with big dreams, so with a backpack each they hitch hiked their way to see the world. In 1995 Tina came to Ireland and got involved with a street theatre company. It was here that she was first introduced to circus. Ken and Tina formed Tumble Circus in 1998. Their commitment to their work and training, and this ideology has helped them surpass their own goals of becoming street performers to touring internationally as a professional circus company and circus performers. 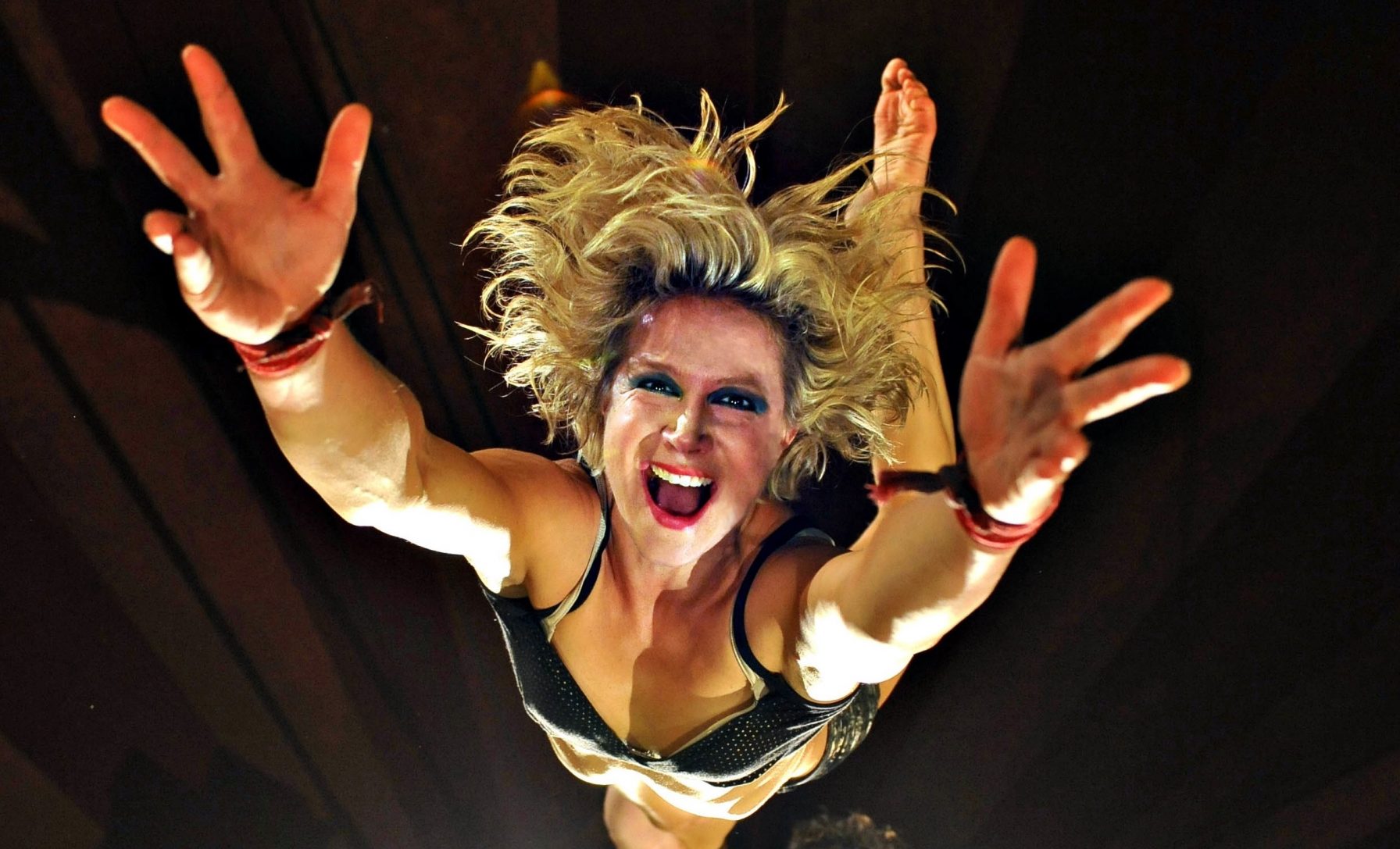 On the night of Saturday 19 March, we have an exclusive show curated especially for St. Patrick’s Festival, on the final Festival Quarter night of the Festival.

Featuring the voice of Æ MAK, the cheeky mantra-esque tune drops just as nightlife reopens in Ireland. Inspired by clubs and written at a time when dancefloors all over the country lay silent and empty, the boppy release will be followed by remixes from Dj/producers Jordan Nocturne and Gabe Gunsey and a Le Boom club edit. 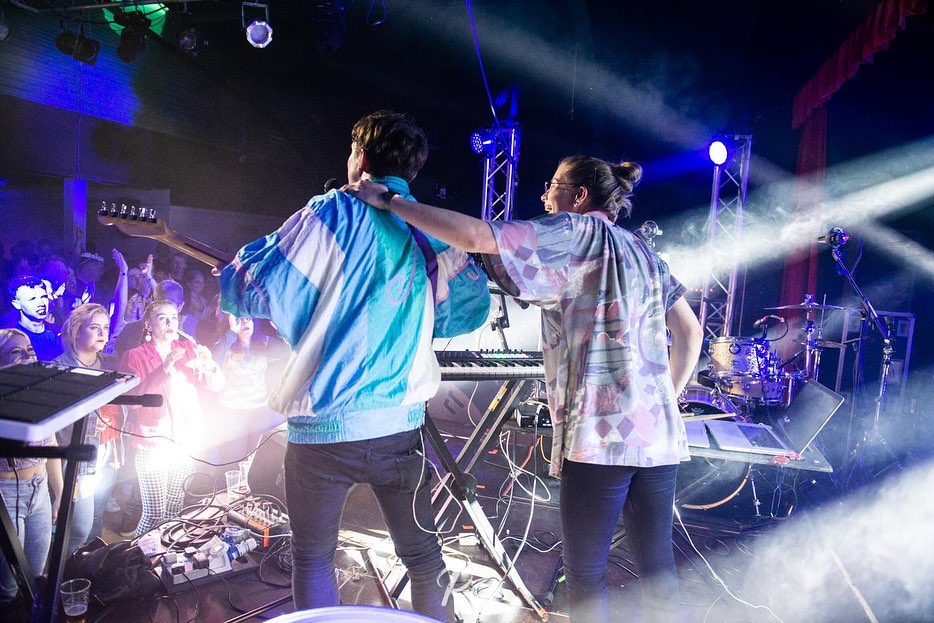 Sing Along Social and Cooks But We're Chefs - March 19th

Get ready for a belting night out of cheesy tunes and laughs from Irelands finest pop stars over the decades …C’est La Vie’anyone?

It’s happening and the Sing Along Social Craic Mechanics are boiling OVER with the anticipation of a craicsplosion on Saturday 19 March.

Pop of the Morning to Ya a celebration of Irish Pop

The amazing Cooks But We're Chefs will be kicking off the night with their incredibly craic-filled approach to joyous tunes. Forgotten how to dance? Let this awesome crew show you the way back to the dance floor ����

Our beautiful sister Maura Darragh will be serving up her own brand of saucy silliness with a standalone show to get you warmed up for singing.

And finally a crew of Craic Mechanics have been reassembling to deliver the most silly and craic filled and joyful celebration of Irish pop music that we have ever done. 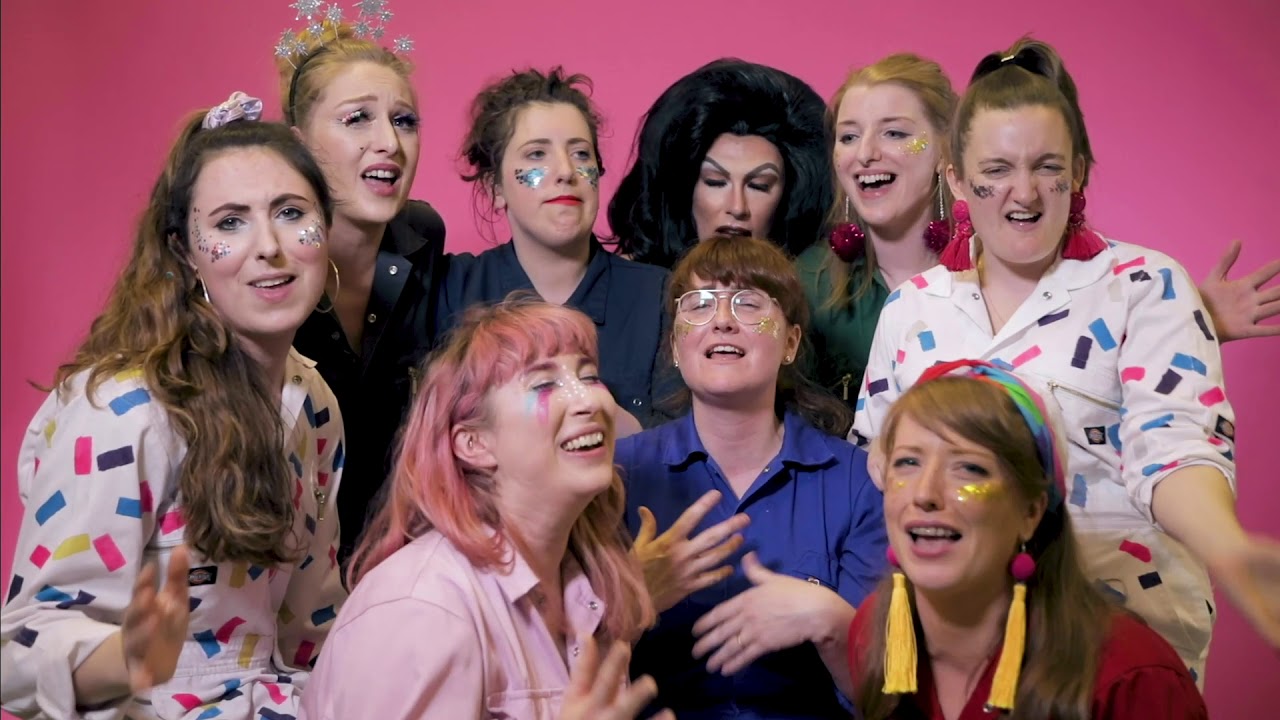 Following her self-released debut EP W.I.L.D, Bandon native Lyra signed a deal with Universal, and released single 'Falling', nominated for Single of The Year 2019, at the RTE Choice Music Awards.

Sold out shows in Dublin and London followed, along with Electric Picnic Festival, The 2FM Christmas Ball, Latitude, and support slots for Jess Glynne, Dermot Kennedy and James Bay. She has performed on Ireland’s Got Talent and Dancing with the Stars, and last November ‘Falling’ was featured in the massive US hit TV show Grey’s Anatomy,  showcasing Lyra worldwide to millions.

The Cork singer-songwriter and multi-instrumentalist has released her latest anthemic new single ‘Mother’, an ode to Lyra’s Mum’s powerful words of encouragement to forget your insecurities and rise above the haters.

Soulé
Soulé is one of Ireland's freshest young voices at the forefront of the new wave of Irish pop. Boasting an impressive back catalogue in a relatively short space of time, Soulé has landed #1's on both the Irish Radio and Most Shazamed' Charts, 10 million Spotify streams, three "Song of the Year" Choice Award nominations as well as top performances at the country's leading festivals from Electric Picnic to Body & Soul to Other Voices.

Bobbi Arlo
A ferocious talent with the sassy attitude to match, Arlo has come from nowhere to establish herself as one of Ireland’s most exciting in demand new acts.

With each release and with every live show, Arlo consistently raises the bar and leaves her fans yearning for more.

Fast becoming known for her knack for crafting pop anthems, the future is red hot for this alt pop siren. 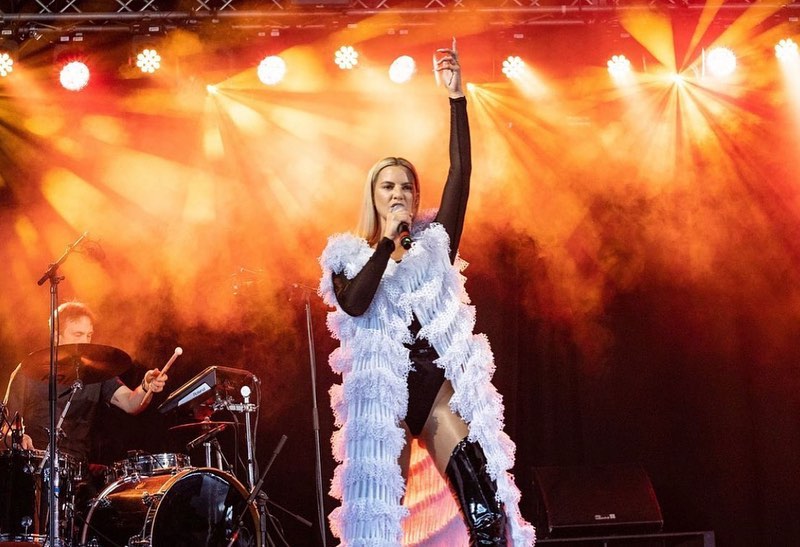